All right guys! Day 3 and day 4 of my Cairns trip has been INCREDIBLE to say the least. I am absolutely speechless by the nature around here and OH MY GOD. The Great Barrier Reef….. AMAZING! I wish I could just swim out there in the ocean with the fish all day, every day. So peaceful and beautiful the underwater world is.

So! Day 3 in Cairns (yesterday) I went on a Great Barrier Reef tour. It’s just something I HAVE to do as a marine biologist- I feel like I can’t go to Australia and not see this absolutely iconic World Heritage listed site! Barbara was super nice again, and she gave me a lift to the hotel the tour operator (Dreamtime Dive and Snorkel) picked me up from. I got picked up at 7.30 am, and boarded the boat and took off for the reef at 8 am, so another early start 😀 The boat itself was nice and big, it had 2 main decks and a smaller sundeck. Now, this tour was quite special because it is the only tour in Australia which is operated by Aboriginals- so you also get a lot of history on the tour! They had an indigenous welcome ceremony (and farewell), and while the boat took you to the reef sites, they were more than happy to chat with you, they also at one point had an aboriginal demonstration of fire starting using 2 pieces of wood. The boat provided all the equipment for snorkelling and diving, where I wore a full lycra suit. It was stinger season while I was diving (from November until about April/May) and I did NOT want to encounter a box jellyfish haha :p A delicious lunch was also served on board which consisted of both hot and cold foods- currys and salads mainly, and delicious HUGE locally caught prawns 🙂 They structured the day with the activities you had chosen (snorkelling, guided snorkel, scuba diving, going on a glass bottom boat ride or even a helicopter ride). The tour itself started with an introduction and briefing at the start, then we had a marine biology presentation about the reef. We then arrived at the first reef stop, where I went snorkelling all the time (the activity I had chosen for this spot). Here we were for about 1.5 hours, and then the tour took us to a second spot where we would further do our chosen activities. Here, I did about 40 minutes scuba diving (YAY) after which I had lunch. The scuba diving was great, I went to about 14 meters and it was beautiful sediment with lots of starfish, urchins and sea cucumbers and squirts at the bottom 🙂  I then spent the remaining time snorkelling around again 🙂 Both the spots were great and there were SO MANY fish! I sadly saw no turtles or reef sharks (sob) but it was great to see the diversity which the reef is known for. I only saw minimal bleaching, and the bare patches I did see to me looked like they were from predatory parrotfish, which eat the coral. However, you did also see lots of newly established coral, which was amazing. I do think the second spot (Millns Reef) was better though because the reef was in a shallower place, so even with snorkelling alone you could see so much 🙂 Not that you couldn’t at the first spot, you at some times maybe just wanted to dive down a bit while snorkelling, and you for sure did not have to do that at the second spot 🙂 When the time was up at the second spot, we then headed back home. This was at 3 pm we left the second spot for home, and it took about 1.5 hours to get back to Cairns. The boat ride home I pretty much exclusively spent on the sundeck, getting a nice tan 😀 And after that, it was pretty much home and bed as I was exhausted after so many hours of swimming- but OH MY GOD it was worth it! I am so happy I got to see the Great Barrier Reef, and I was so happy to see that the spots I went to were well managed and still in good condition. However, that was mostly because of luck and the tour operators knowing the good spots- as many of you probably know, the Great Barrier Reef has seen a tremendous amount of coral bleaching in recent years due to climate change, and it has had a horrible effect on coral reef ecosystems and the countless fish, sharks, invertebrates and every other creature calling these ecosystems their home. (And us humans- reef systems dying do not only have an effect on the creatures there, but also us, however that is another story altogether). I must also say I was surprised by the amount of boats I saw going to the reef- I wasn’t quite sure what to expect when I arrived, but it is definitely the highlight of Cairns and the main tourist attraction, with a huge amount of competition between the tour operators. When you walk through Cairns, that is pretty much all you see, advertisements for these tours going to the reef. 100’s of people visit these spots every day, and while the tour operators on my boat at least (I’m sure every boat does it) were good at the briefing telling people about how to behave while in the water to be safe themselves and not to harm the reef (no touching anything, fish or coral or anything else etc). I can’t help but feel a bit hypocritical, and that eventually, all this tourism will lead to the spots currently in operation to also become badly damaged. It can’t not have an impact. There is hope however, with the new great awareness campaigns, hoping that people listen to the briefings and that with all this tourism having gone on for a long time, the spots I were at still seemed good, so they may be more resilient than originally thought 🙂 However, that will show if I return in a few years- it would be interesting to do for sure! (And of course, a proper analysis and scientific experiment, but that’s another thing, just wanted to mention it :P).

And then my last day (day 4) in Cairns arrived, which was another amazing tour to the Daintree Rainforest, Cape Tribulation and Mossman Gorge!

Barbara was again amazing and drove me to the hotel which I got picked up at. This was at 7.30 am and we started by heading to the Daintree Rainforest National Park. This was great in itself, as the drive was on a road considered one of the most beautiful in the world- going through forest and by BEAUTIFUL beach/coastlines. It was funny as well because there are only 2 ways to enter the park- The one we used was a small ferry crossing to the park 🙂 We drove a bit through the beautiful rainforest (one of the oldest in the world, 180 MILLION years approximately) to an area where we did the Marrdja Boardwalk, which took about 50 minutes. Our guide was excellent here, giving us so much information about the rainforest, the creatures in it and everything in between 😀 It was really interesting for me personally to again see the incredible mangroves which were present in the rainforest too 🙂

After the boardwalk, we headed to the amazing Cape Tribulation, also known as where the reef meets the rainforest. This is because it is a beach which literally connects the Daintree Rainforest and the Great Barrier Reef- When you are on the beach, you have the reef on one side, and the rainforest on the other, which was AMAZING. There probably are other places, but I am currently not aware of other places where you can stand on the bridge between two amazing World Heritage Listed sites 🙂 It was sadly and strongly advised not to swim here due to stingers and crocs, but it was a beautiful beach and place as mentioned nonetheless 🙂 This is also where our group had our lunch- the area has lots of picnic tables and other boardwalks too, so there is enough to do 🙂 After this, we headed back down to where we actually had our ferry crossing into the park, on to the beautiful Mount Alexandra Lookout. After the lookout, we went on a crocodile river spotting cruise which was definitely successful! We saw quite the wildlife, birds mainly and TWO saltwater crocs, one about 1.5 meters long and the other a massive 4 meters (600kg). The river cruise guide know the crocs so he was very enthusiastic when we saw them and told us all about them 😀 The big one was called Scarface (suitably named as he was an alpha male who had been in lots of fights with other males). The cruise also included a bit of afternoon tea which was great- I had a mug of Daintree Tea and a biscuit! 😀 After this, we went on to Mossman Gorge, where we parked and then went to the visitor centre to get a bus to the area with walking trails and the river with the watering hole. Here we had free time to do the trails or just swim in the river, which of course was the option I chose. The water was super clear and beautiful, and it was so refreshing on a hot day 🙂 The area is also absolutely beautiful, with so much unique vegetation.

After Mossman Gorge, the last stop on the tour was the Rex Lookout, where we had beautiful views of Trinity Bay and beautiful mountains in the background 🙂

We then drove back to Cairns on another absolutely beautiful drive and arrived back at about 7 pm 🙂 I had dinner with Barbara and then went to bed, as I had a really early flight (5 am, cough) to PERTH the next morning!

And those were pretty much the last two days I spent in Carns- I will definitely miss Barbara and the town. I have not seen anything quite like it, and honestly the lagoon and the cute shops, markets and boutiques in Cairns are so unique and magical. I can recommend anyone to go to this town and see the area- there is still so much I did not have time to see, one being Kuranda national park, which Barbara recommended 🙂 I will hopefully be back at some point! 😀 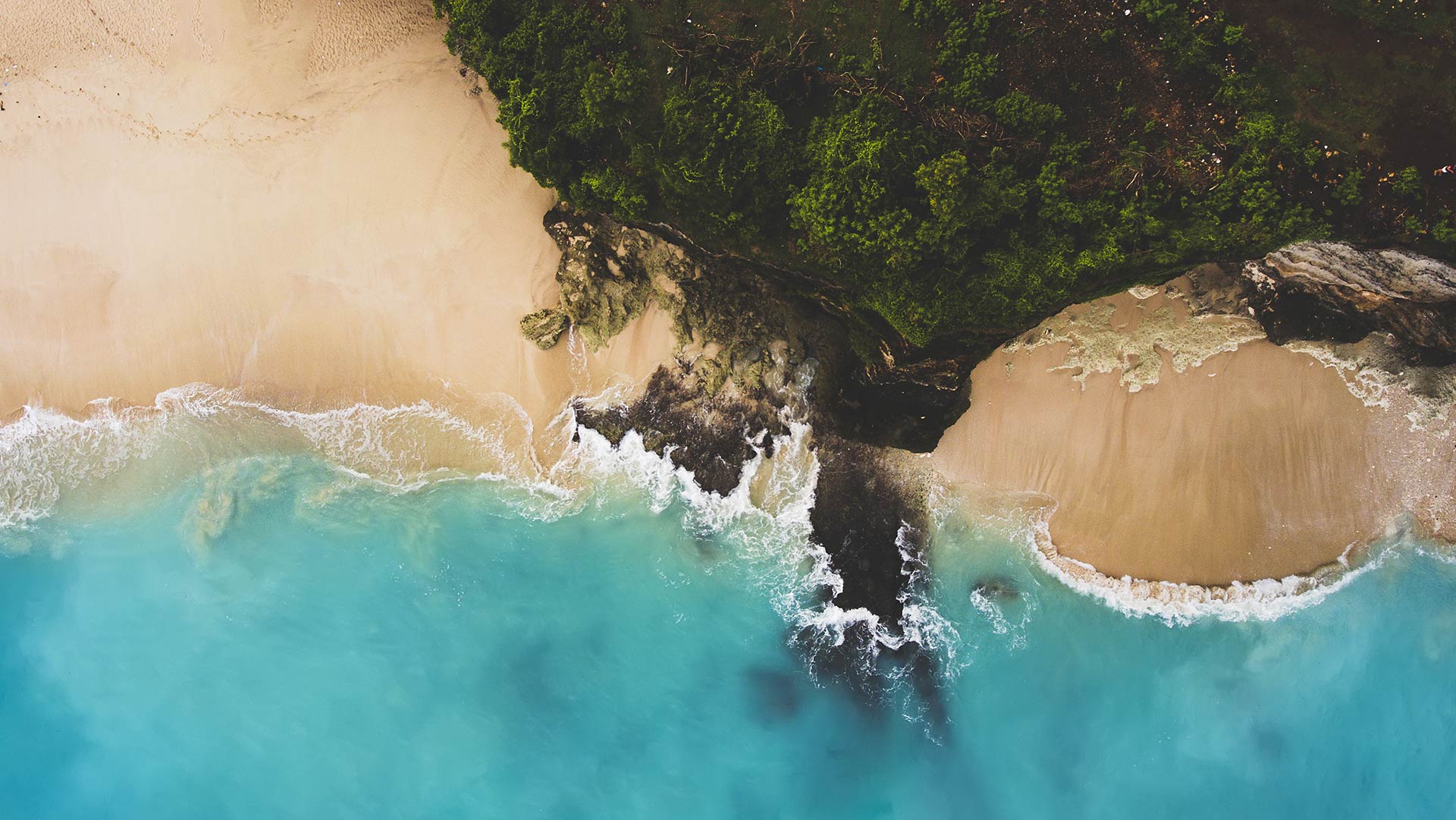 Hi! :) I'm Clara, a marine biologist who loves to travel and explore the world in the most sustainable way possible. I've been to many countries and have gathered lots of experience along the way.